A question that crosses the mind of MANY of our prospective students that can be quite difficult to answer:

Which MAJOR is BEST for me??

Because of the large influx of these requests, we have decided to make a TOOL that EVERYONE; both CURRENT and PROSPECTIVE students, can use 24/7!! The brief Quiz below consists of 10 Questions and will give you a suggestion based on your choices!!

Which of the following describes THE MOST important characteristics of a "Journalist" in your opinion?

Which word BEST describes your view of "masks".

Do you believe in SCIENCE?

You see a tweet that argues FOR something that you disagree with. What are the next best steps to take?

Do you believe that politics and comedy CAN be combined?

Do you agree or disagree with the following statement: "My political viewpoints on every individual issue MUST be known."

You have just moved into a new location and are looking for a new primary care physician. Will "political viewpoints" of the medical professional be a consideration in your decision?

Who did you vote for/prefer in the 2016 Election?

Which of the following subjects do you enjoy the MOST? 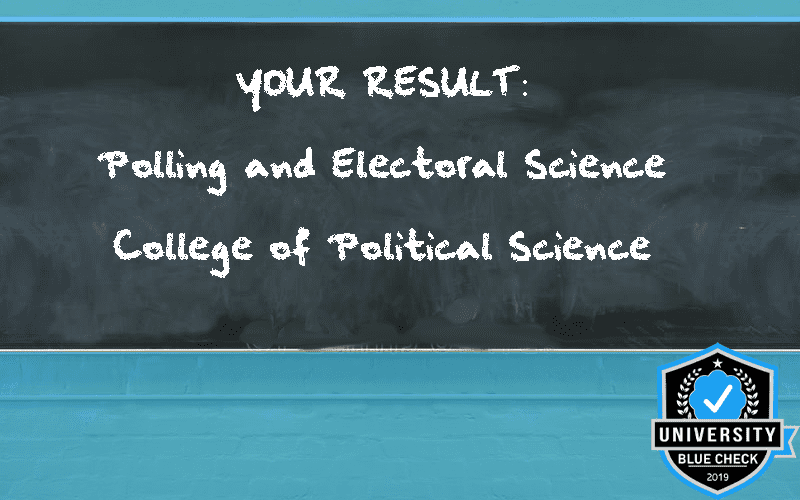 While nobody will be as brilliant as one Nate Silver, we can provide the tools to make informed election predictions. All while using SCIENCE!!!
Far Right Dogwhistle Studies 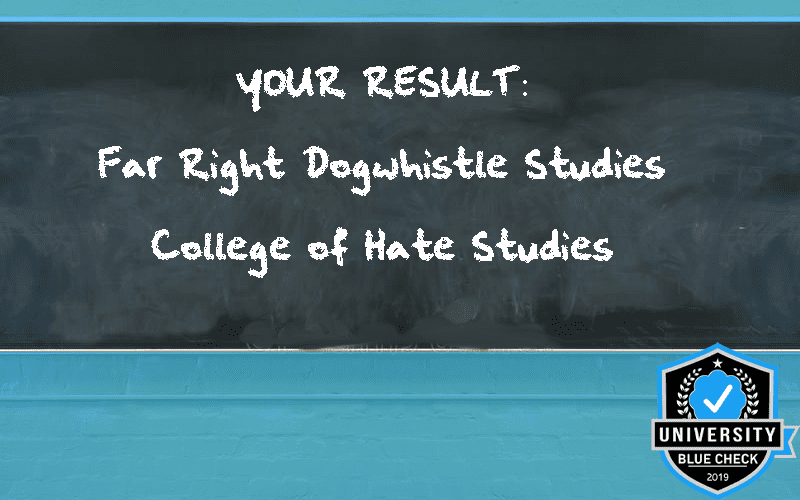 Think Jared Holt when you consider the INCREDIBLE career prospects that this major has! We need people to DECODE these "dogwhistles" dropped by far right trolls!
Election Fraud Political Science 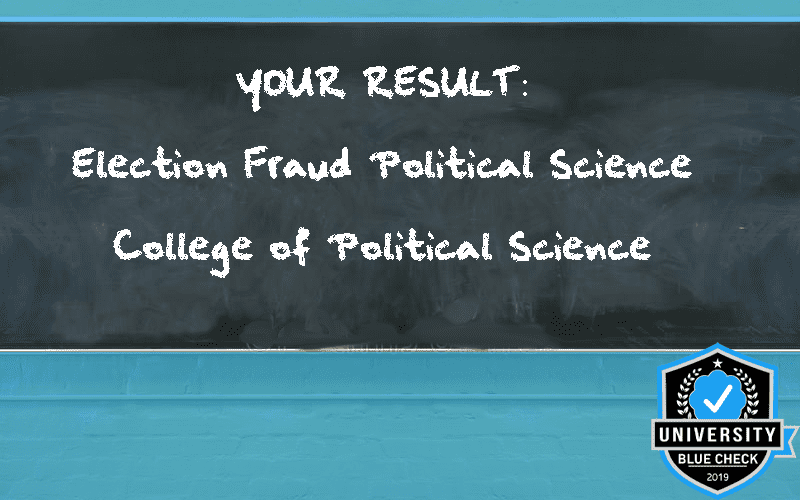 While there is NO EVIDENCE OF WIDESPREAD VOTER FRAUD at all, we can't come to these conclusions without SCIENCE!! Enter you, a prospective "Election Fraud Political Science" Grad!
African American Studies 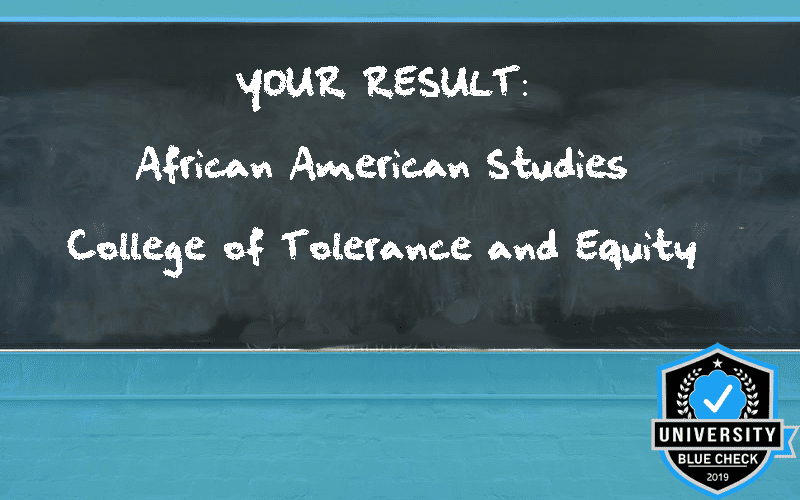 A long explanation isn't necessary when you have a major this popular. #BlackLivesMatter
COVID-19 Biology 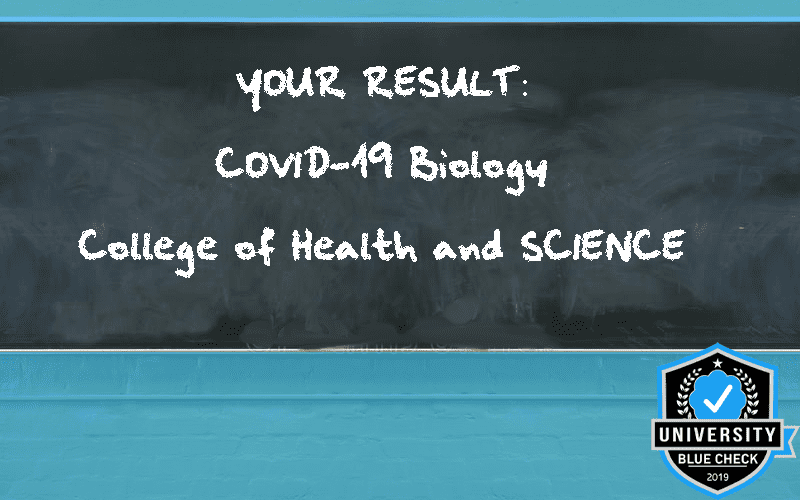 Who needs to study other diseases when we are in the midst of a GLOBAL PANDEMIC?? You, as a "Covid-19 Biology" Major, won't.
Impeachment Science 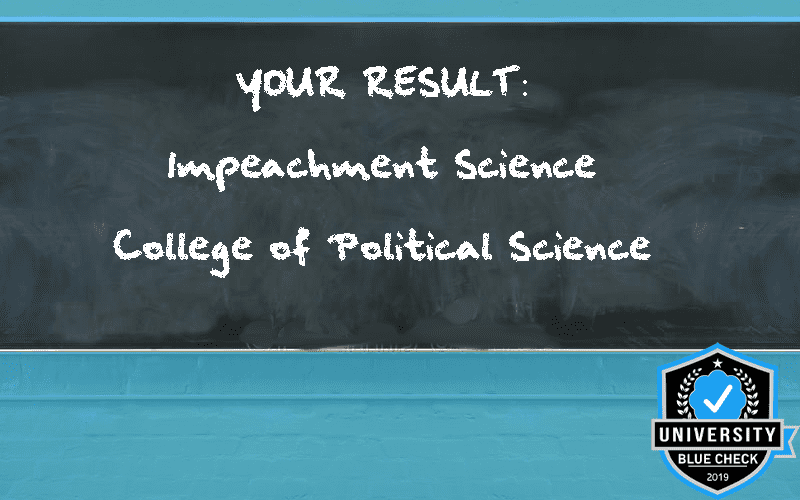 The obvious utility of this major can be seen with the HISTORIC impeachment of Donald Blumpf.
International Relations 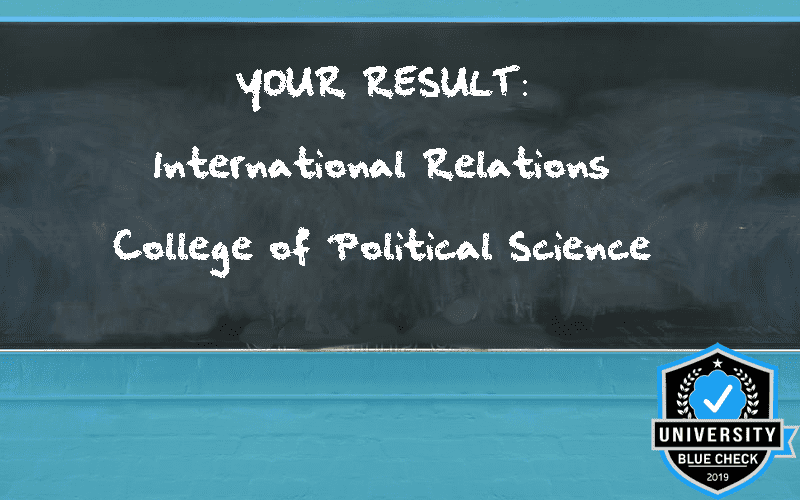 Who do you believe sits on the "Twitter Frontlines", informing our "allies" that "we Americans are better than this?" A BCU International Relations Graduate. That's Who.
Politedy Science 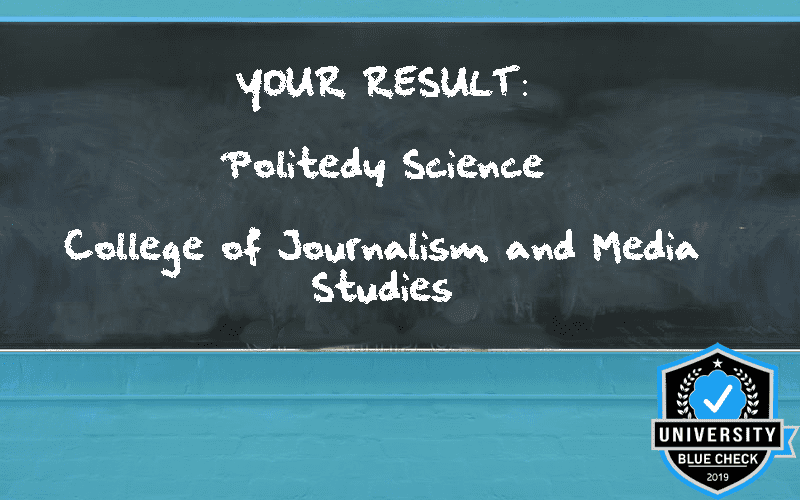 In many cases, simply reporting on the news is not enough. As journalists, you must learn to BE THE NEWS. That's where "Theatrical Journalism" majors shine. Take Abilio James "Jim" Acosta as an example.
"Reply Guy" Studies 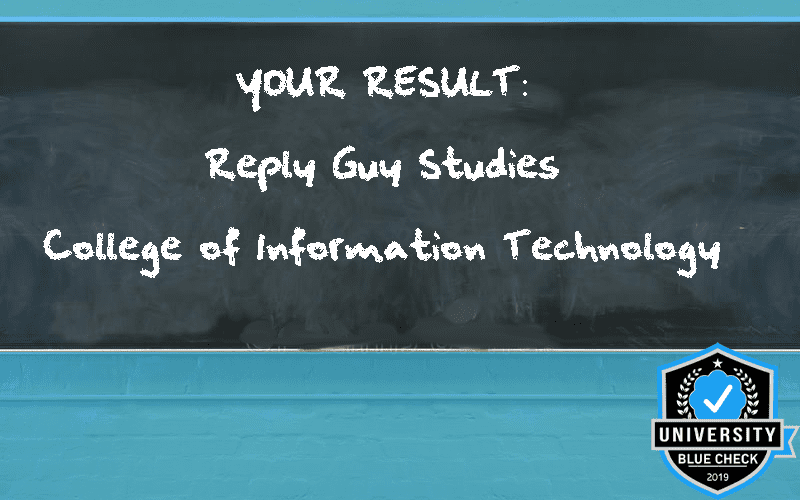 A new field that was created during the Drumpf presidency, "Reply Guys" proved to be a VITAL tool for the Twitter #Resistance and Blue Check "Conservatives" alike.
Mental Health Counseling 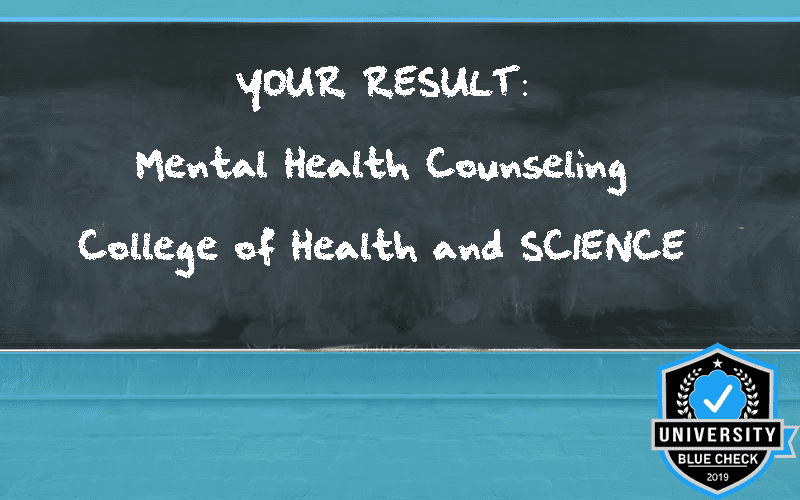 Who needs a PhD or a Doctorate when you can be like Jeffrey Guterman and snag a "Mental Health Counselor" title instead?
Transgendered Biology 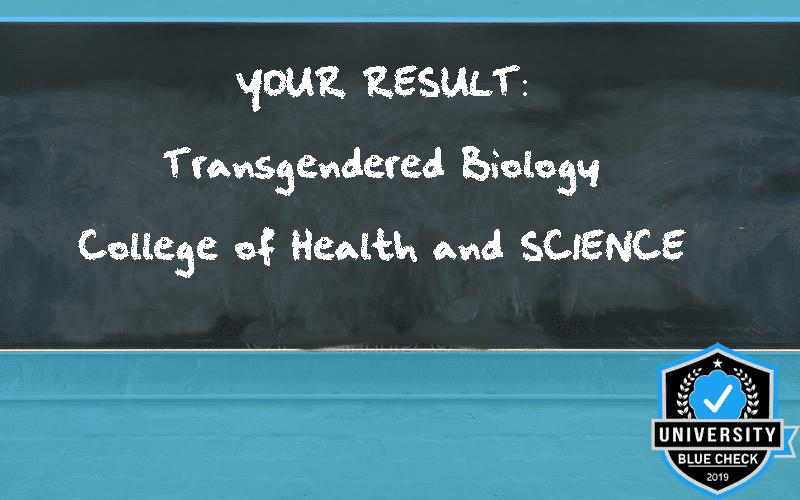 Because Trans Rights are human rights, we must ensure that a program is specifically addressing their needs. Enter "Transgendered Biology".
Gatekeeping Studies 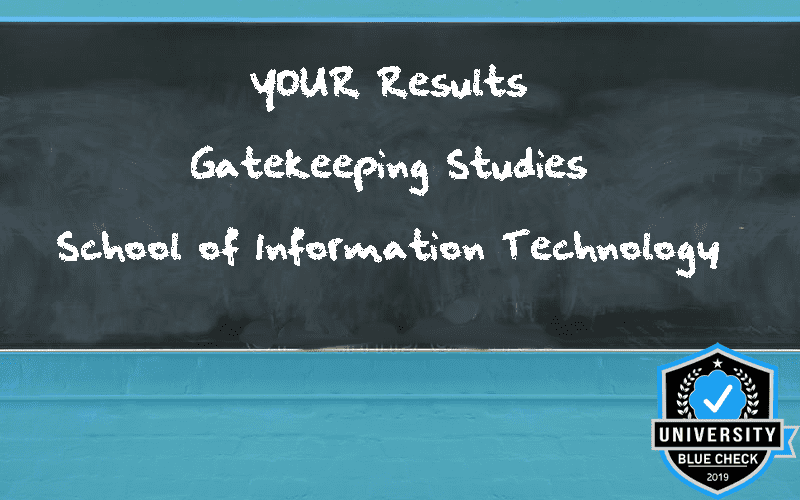 "Gatekeepers" are a vital part of any socio-political movement. Just look at how hard Jack Posobiec goes to stay "ahead of the curve" on key "conservative" issues!
Situation Monitoring 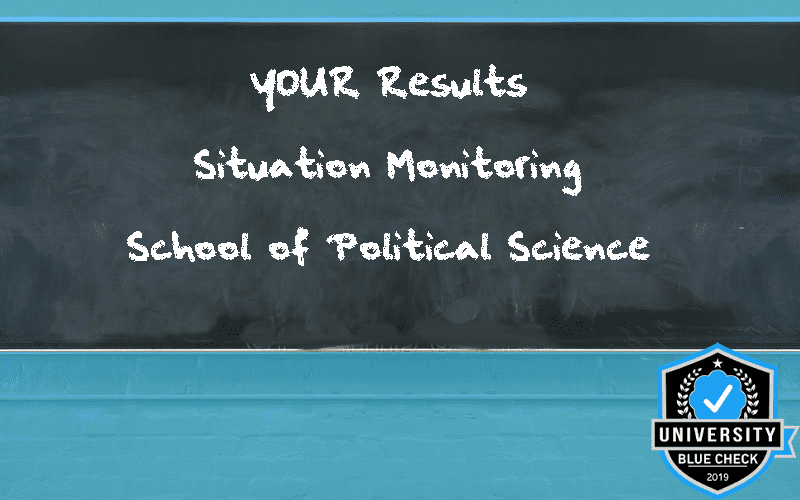 Sometimes, Tweeting about problems in our nation is a lot more effective than actually addressing the problem. That's where our situation monitors come in!
Blue Checkonomics 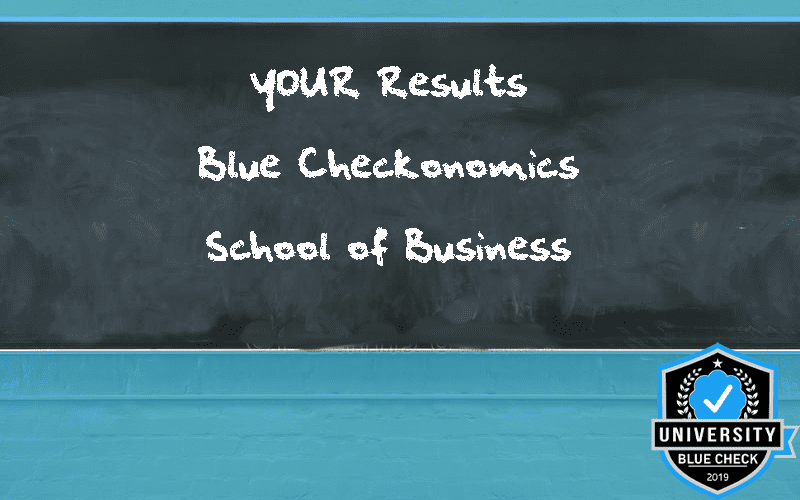 In many cases, basic economic principles and phenomena simply do not apply. Even if they do, they aren't exactly reliable tools to use. Listen to people like Paul Krugman instead.
Outrage Political Science 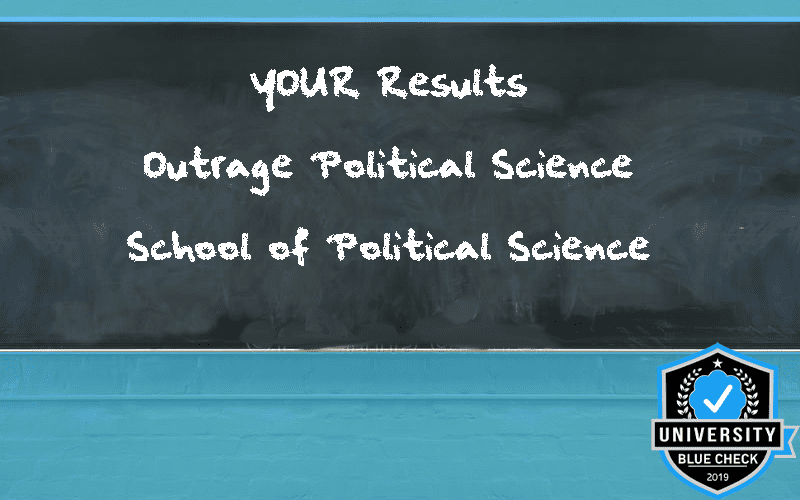 It isn't enough to hold a particular viewpoint. Sometimes, you need to hold that viewpoint so closely to yourself that you elicit an EMOTIONAL response after each bill passed. Ask Alyssa Milano, the EXPERT in "Outrage Political Science"!

Comment below with the Major that YOU RECEIVED and be sure to spread the word of our BRAND NEW TOOL today!!

RATIO WATCH: Keith Olbermann and a New Number One in the...